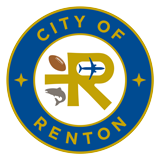 Our DaizyLogik team has a long history of working with local government agencies to support them in upgrading their systems and evolving their technology to adjust to changing demands. We were thrilled to support the City of Renton, Washington, as they sought to adopt and customize the Business and Occupation Tax system, a service oriented, extensible and modular system built on the Microsoft .NET framework and powered by SQL Server. The system supports critical business processes for local city agencies and integrates with external systems via web services.

The goals of this project were: to implement and customize the Business and Occupation Tax software package in accordance to the City of Renton’s specific requirements and tax rules, integrate it with FileLocal’s web-based tax filing portal and the city’s GIS system.

FileLocal is a public agency whose primary purpose is to offer a web-based service that makes it easier for businesses to obtain a business license and pay local taxes to its participating cities. When a local business wants to pay Business and Occupation tax in multiple cities, they can do it through FileLocal. Their portal verifies that the business exists and that it has a record in the specific cities where the tax applies. If the data is valid they send the data to the city’s system of record where it is stored and processed. Every city collecting Business and Occupation tax can integrate with FileLocal which allows them to transfer data bidirectionally between their two systems.

The communication channel between FileLocal and the system of record for the City of Renton is accomplished via secure web services. DaizyLogik worked on customizing the existing web services for the City of Renton’s specific needs and creating new web services to take full advantage of the functionality offered by the FileLocal portal.  Security was an important component of this project because of the nature of the confidential information being transferred between agencies. Security is ensured with secure web services that use client certificates and encryption.

DaizyLogik worked closely with both the City of Renton and the FileLocal teams to facilitate the communication between the two entities around the technology used, troubleshooting as necessary to ensure a seamless integration. This contributed to the success of the project and the on-time delivery of this feature. City Of Renton became the first local agency to use FileLocal’s standard implementation at the time this case study was written.

In addition, DaizyLogik implemented a system integration to validate the physical addresses for all businesses operating within the Renton city limits against the city’s ArcGIS database.

City of Renton, as a local government agency has a dedicated IT department and strict policies around application hosting, interacting with third parties securely and authentication. DaizyLogik worked closely with the City of Renton’s IT department to meet these requirements and ensure compliance.

Want to learn more? Contact DaizyLogik to learn more about how we can support you with specialized consulting and custom development.