Founded on the core belief that on-the-ground activism is the bedrock on which respect for human rights is built, the Fund for Global Human Rights started with the simple but pioneering approach of directing financial resources to locally-rooted rights groups with transformative potential. Since 2002, the Fund has made over $69 million in grants and facilitated hundreds of hours of capacity building to over 550 human rights organizations in Asia, Africa and Latin America. This support has helped to fuel the development of effective national actors and movements that have increasingly come to be seen as nimble, influential challengers holding governments and other powerful actors to account.

Just in 2015, organizations the Fund supports:

The Fund for Global Human Rights relies on Salesforce to track and manage grants and individual donations. In addition to some general cleanup, the Fund engaged DaizyLogik to address two particular challenges that were preventing them from getting the most out of Salesforce. 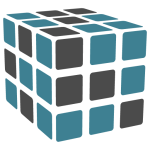 The Fund for Global Rights operates on a July – June fiscal year. Multi-year grants, of course, affect budgeting in more than one fiscal year, but because grant cycles often differ from the Fund’s fiscal year, even single-year grants may affect multiple budget years. Although able to specify the fiscal year in Salesforce settings, the Fund had no mechanism by which it could indicate to which fiscal year a particular gift applied, let alone divide a gift among multiple fiscal years. As a result, it was unable to drive reporting on fundraising targets from Salesforce and relied on additional spreadsheets to assess where it was in its fundraising objectives. The multiple data entry was cumbersome, inefficient, and created more opportunity for error. 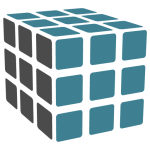 Fortunately, Salesforce’s Non-Profit Starter Pack (NPSP) 3 has a feature that can be adapted to solve the problem. Although General Accounting Units (GAUs) may have been intended to distinguish among donations earmarked for different purposes, DaizyLogik was able to adapt the GAU feature to solve the fiscal year problem. We worked with the Fund for Global Human Rights to customize the GAU object and build a set of GAUs representing different fiscal years, then developed custom code to automatically allocate individual donations to the appropriate fiscal year GAU. Grants, which usually apply to multiple fiscal years, are also allocated to GAUs but the Fund, by choice, makes these allocations manually because the correct division of the funds varies from grant to grant. This simple solution has allowed the Fund for Global Human Rights to eliminate the extra labor tracking fundraising by fiscal year and to leverage Salesforce’s reporting and dashboard functionality to efficiently obtain clear, up-to-date information on fundraising progress.

Like many organizations, the Fund for Global Human Rights has a number of champions who are not only generous donors in their own rights, but also key influencers who help the Fund access funding from other sources. In managing relationships with these champions, it is important for the Fund’s fundraising personnel to maintain a clear picture of what funding the champion has provided directly and what funding he or she has helped the Fund obtain from other sources. Unfortunately, in its out-of-the-box configuration, Salesforce doesn’t distinguish between direct gifts (hard-credits) and gifts which a person or account helped obtain (soft-credits), combining both types of credits in a single list on the Account/Household record. In order to get a clearer picture of each champion’s history, the Fund needed to see clearly separated lists of hard- and soft-credits.

DaizyLogik built a VisualForce page which we embedded on Account/Household records to display a filtered report of gifts, selecting only those where a member of the Account/Household had a soft-credit role in obtaining the gift. This list allows Fund personnel to see at a glance what gifts a champion has had influence in obtaining, simplifying their preparation for interactions with those champions, identification of influences for new opportunities, and more.

Franny McGill, Fund for Global Human Rights - DaizyLogik was a pleasure to work with. They were respectful of our time and budget, helped us to prioritize our needs, made sure to understand what we needed from the database before making changes, and communicated clearly and consistently throughout…